Instead of going to great heights, she went to great depths

Markie Beth, who works in the film industry, came up with the elaborate proposal to surprise her marine biologist girlfriend Sarah. Markie secretly took scuba diving lessons and got certified to dive 60 feet deep where the video shows how her proposal happened! Sarah had already been scuba diving for 8 years and it got the interest of Markie to give it a shot and hatch a very nice surprise. 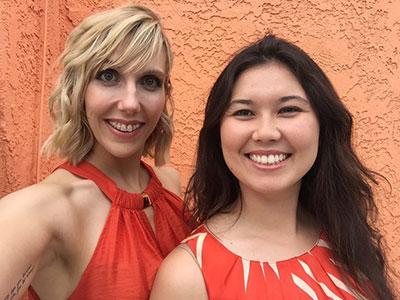 Here is how Markie said she pulled off the secret lessons:

“I was getting up very early, going to a friend’s house to get all my gear, going to classes and doing dives, then coming back to the friend’s house, showering, completely drying my hair, and then putting product in so it didn’t look like I’d just washed my hair, then going home.”

Watch the video below!

The big day was Saturday, June 13. Sarah thought she was just going on a regular dive with her brother and some friends in the Pacific off Redondo Beach, Calif. One of them brought along a camera, which isn’t so unusual. But Sarah had no idea Markie was there too; her familiar features were hidden by all the scuba gear.

Once underwater, Markie maneuvered to her girlfriend and used a series of signs to ask Sarah to marry her.

“I told you I’d go to the bottom of the ocean for your love … but right now I’m only certified to 60 feet,” said Markie’s signs leading up to the ultimate question: “Will you marry me?”

Sarah told BuzzFeed News that she was initially just really confused to see Markie underwater, not understanding how she could be scuba diving.

Source – for more on the story.